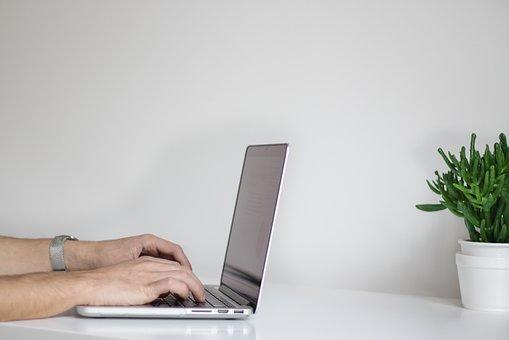 This Is How You Handle Negative Feedback, According To Career Experts

Your boss asks if you have any free time this week for a brief meeting. Since you don’t meet regularly, you’re just certain that the request is ominous. She’s obviously going to reprimand you for doing something wrong or failing to do something or pissing off a client. Whatever it is, you’re positive it’s negative.

Receiving criticism about your work is never easy, but it can get easier to swallow and digest if you know how to respond to it—and if you don’t view it as your boss scolding you or doling out verbal punishment.

With review season underway in businesses across the country, there may be no better opportunity for you to educate yourself on the best way to handle the negative feedback that you’re bound to hear at some point during the course of your career.

When I reached out to Muse Career Coach Emily Liou, she recalled a former boss who once told her that if she wasn’t getting any complaints, she wasn’t busy enough. The remark came after a client had issued a complaint about her. It stung, she says because disappointing someone doesn’t feel good. “We are human, after all,” Liou points out with the maturity of someone who’s learned that handling negative feedback is an inevitable part of life.

Liou says that evoking empathy can help in the face of criticism on a piece (or pieces) of your work. She says, “If it was a genuine oversight on your part, it’s important to own up to it. But just apologizing isn’t enough. It’s important to remember an apology is useless unless it’s followed up with a solution.”

So, if your boss remarks that you’ve regularly missed deadlines and have disrupted the workflow of others as a result, that’s something you need to own up to. And you need to make efforts to turn it around. If it’s a matter of having too much work, that’s a whole other conversation, but if it’s simple time mismanagement, take responsibility.

You might say, “Thank you for pointing this out. I’m aware that I’ve been behind schedule turning some things in, and I know it’s something I need to work on. Starting ASAP, I’m going to take a look at my calendar and to-do list and find a way to prioritize needs so that I don’t miss another deadline. And, if for some reason, I find I’m going to be late with something, I’ll communicate that as early as possible.”

Loren Margolis, Muse Coach and award-winning leadership development expert, notes that taking time can also be a helpful way to process unpleasant feedback. Even if you’re expecting it, such as with an annual performance review where you’ll inevitably be told what you can improve on, it can take you off guard. It’s normal, she explains, for the mind to go blank and for it to be difficult to focus on having an effective conversation from that point forward.

If you need to, ask for time to process what you’ve heard. Acknowledge it but request to follow up. And then, Margolis advises, “While you’re processing it, write down your thoughts and the actual feedback; think through some of the questions you’d like to ask in advance of your next meeting.”

Along with those questions, you should be armed with solutions, however, as Liou stresses. While it’s natural to want to go on the defensive, that kind of attitude won’t actually get you anywhere or help your situation. In fact, if you can find it within yourself to be humbled by the hard or harsh words as writer Joseph Grenny learned to do, you might feel a sense of calm.

This relaxed state will open you up to accept the feedback for what it is—not taking it personally or growing hostile toward the person giving it—and to move forward from there. And in the end, you might even gain something positive. As we’re fond of saying here at The Muse, failure is a necessary part of growing and succeeding, and this is closely related to receiving feedback—of both the positive and negative varieties.

“This Is How You Handle Negative Feedback, According To Career Experts” was originally published on The Muse.

Stacey Lastoe is the Senior Editor/Writer of The Muse.