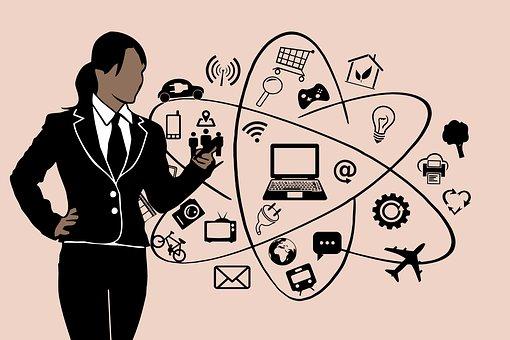 What To Do When Your Job Changes Overnight

You’re in a groove at work and everything feels about as normal as it could—and then suddenly, you find out that your list of responsibilities is changing dramatically. It’s jarring, I know.

When this happened to me a few years ago, I had no idea how to process it. Because I’m the poster child for impostor syndrome, I took it as a clear indication that I was doing a terrible job at work. But after spending nearly three more years at the company, I realized that I was being ridiculous.

Still, it’s completely understandable to freak out a bit when this happens to you. So before you jump to any conclusions, take these steps.

Step Away From Your Desk And Breathe

I’m not always the best at taking a beat before responding to new information, especially when it comes to my job. But I’ve realized that when I’m intentional about stepping away for a few minutes, even if it’s just to grab a cup of coffee, I’m able to communicate how I’m feeling much more effectively. And I get it—sometimes you just want to jump up from your seat and say, “This is insulting! I demand more information about why my role changed overnight!”

But trust me, there’s a lot of value in giving yourself a breather. When my responsibilities suddenly changed a few years ago, I took a short stroll around the neighborhood to clear my mind. And while it didn’t necessarily solve any of my problems, it kept me from lashing out in a way that wouldn’t have been productive for anyone involved.

After all, it’s only natural to want to flip your desk (oh? Only me?) when you learn your day-to-day is about to change. But instead of panicking, take a quick walk—it’ll make a difference, I swear.

Write Down Your New Responsibilities

How often do you hear something is changing at work and immediately assume that it’s because you’re being demoted? I’m sure there are some of you out there who don’t jump straight to this conclusion, but I’d be lying if I haven’t landed on it more than once over the course of my career. And even though this fear might be based on reality, you won’t know that until you take some time to evaluate what’s changing.

Here’s what I did when that previous job of mine changed over the course of a weekend. I took out a pen and pad and wrote down each one of my new responsibilities. I didn’t try to analyze them too deeply. I just wanted to write them down so I could look at them in an easy-to-read list.

And once I did that, I realized that not much about my life was changing. Sure, I was moving to a different team, but the work I’d be doing lined up with my skills in a more practical way. Of course, depending on your situation, the results of this exercise will vary. However, knowing just how drastically your day-to-day’s changing will give you a better idea of what to expect and whether this can be considered positive growth or a red flag as to your current standing at the company.

Decide If These Changes Still Align With Your Career Goals

At the end of the day, change is hard. On top of that, it’s challenging not to brace yourself for a period in which you’re miserable and can’t see a way out.

While a lot of people in your life will tell you to “Be a trooper” and just roll with the punches, it’s also important for you to evaluate whether or not this still aligns with your career goals. Sure, you might find that even though things changed overnight, your job is still relevant to what you want to be doing for the long-term. But if you realize that your role changed overnight and no longer leads you down the path you want to be on, that’s perfectly OK.

If you’re able to be transparent with your boss, don’t be afraid to discuss how you feel with her. But if you work for someone you know wouldn’t want to hear about it, you’re not breaking any rules by considering new jobs that put you back on the career path you want.

Change at work is never easy for anyone, even if it ends up meaning exciting things for your career. It’s especially difficult for most people when it happens overnight. But before you act on any of your initial feelings, take a second to evaluate the situation. Of course, you might confirm your fears about what’s happening. But you also might discover that it’s a boost to your skill set.

And either way, being patient and thinking through the situation will help you proceed in a much more productive way.

“What To Do When Your Job Changes Overnight” was written by Richard Moy and was originally published on The Muse.

In addition to writing for The Muse, Richard Moy is a Content Marketing Writer at Stack Overflow.